(Editorial note: My adult child and I are both active members of the Religious Society of Friends [Quakers]. A recent annual gathering of young adult Friends produced what Quakers call a minute: an official statement of a position. The minute has started circulating, prompting discussion. I have permission to post the statement to provide context for my thoughts in the essay that follows.)

“Be dressed ready for service and keep your lamps burning” – Luke 12:35 (NIV)

Enduring the past year’s national rhetoric, and watching the spread of violence and hateful speech, we see that we are in times that demand more from the Religious Society for any hope of love and justice and peace. As the Western Young Friends’ New Year’s Gathering, we call on meetings of every size and kind to consider:

How can we prepare for the times ahead? How can we join hands with other communities of faith, honor our tradition and history of action, and find courage in the face of fear? For five days at the closing of each year, this Gathering draws young Friends from along the West Coast and beyond to bring a small Quaker community into being. We create the community in which we wish to live, filled with peace and vitality. This takes loving labor, but we know, experimentally, that it is possible to live with intention while responding quickly to challenges. Living in this possibility, we call on our elders, national Quaker organizations, and meetings at all levels to help us prepare ourselves to be the right tool in the hand of the Spirit for our times. Because of these Gathered experiences, we understand that the process and strength that comes from unity can take time. This creates in us a sense of urgency to begin the work now. We offer our energy, ideas, and commitment to change; we ask that the broader Quaker community, including all branches, offer its wisdom and resources. We see faithful individuals and small groups acting on Quaker testimonies, with support from their respective meetings. But we of this Gathering hunger for action that we have not seen taken recently by bodies of Friends, actions equal or greater to anything we have done before. We ask that meetings heed this call to communal action, and discern their right collective contribution towards national and worldwide work. Although recent history shows the long arc bending toward justice, there is no guarantee that such a path is inevitable. It requires the work of many hands. George Fox asked: “What canst thou say?” We ask: “What can we do?” 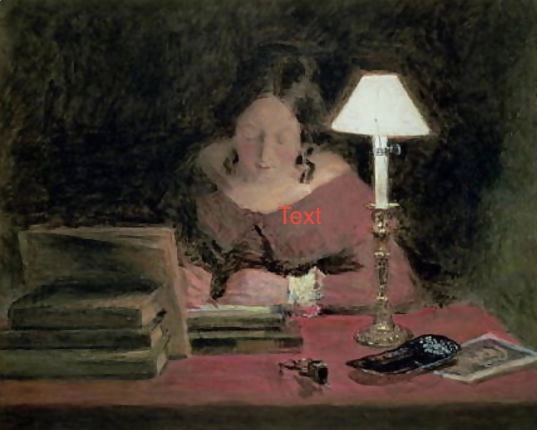 My dear older child and friends,

You recently asked what you could do to respond to the climate in our country that has produced violence and hateful speech. Being good Quakers, you followed the Quaker process for discussing and reporting your concern. My Quaker meeting received what you wrote, and, being good Quakers, we discussed it.

We didn’t come up with an agenda, although we got as far as affirming that taking action promoted hope. The question has continued to nag me, and I felt utterly inadequate to answer it. Something has arisen in me, as we say in Quaker speak, and I’m not sure I like it. I’m not at all sure you will like it. But you know I have always talked about using your gifts, so I will use my gift of writing to think this through and explain it.

I think you and many others are right that the system we have in this country for setting national priorities is wrong. So change it. If the laws in this country are wrong, don’t disobey them. Change them. I’m edging up to saying don’t protest things, change them. But I think protest has a place, as a way of showing strength and solidarity. Changing things requires a lot more energy and follow-through than marching.

One of the things handed out at the Jan. 21 Women’s March (as I said, protest has a place) was a “what’s next” flyer. The first thing it said was “register to vote.” Only about a quarter of eligible American voters voted for the man now occupying the White House. The rest voted for someone else or just stayed home. Voter turnout was 56 percent, so lots of people stayed home. When Barack Obama won in 2008, turnout set a record at 61 percent. Little and undramatic things like showing up do count.

Next on the scale of undramatic things is changing who is in office right now. The landscape looks very dismal for progressives right now. One party runs everything right now at the national level, and completely controls 24 states. That makes uphill steep. One thing I learned was do-able during election seasons was showing up to make phone calls and to knock on doors to canvass. Knocking on doors, especially when the weather is nice, is one way to have conversations with people you don’t know and to hear their concerns. If you work for a candidate who wins, you play a part, however small, in that victory. I helped elect Harold Washington as the history-making first black mayor of Chicago in 1983.

A bigger next step is to run for public office yourself. Before Bernie Sanders ran for president, he was the mayor of Burlington, Vermont, population 38,000 in 1980. Paul Soglin, who is now the mayor of Madison, Wis., again, was first elected mayor in 1973, after having started on the city’s council in 1968 as a graduate student. Barack Obama was 35 when he began his career as an Illinois State Senator in 1997.

You quoted Luke 12:35: “Be ready dressed for service and keep your lamps burning.” I am suggesting public service, which used to be a venerable term, and choice, before it was redefined for polemical purpose as “career politician.” Public service assumes that there is a public, a life and a space we share in this country that brings different people together to use such things as public schools and public transportation and public parks. There are many things the public needs; better public officials is only one of them.

I am sorry I have no advice that is especially dramatic. Some of you may be called to chain yourselves to various fences surrounding various bastions of power, but don’t feel bad if that is not your call. I happen to be studying medieval spirituality right now, and one thing the great saints and sages of the era emphasize is humility. This classical virtue is out of style today, but it’s been on my mind lately as a counterweight to public bombast and dishonesty. With so much work to be done, everybody has a part to play, whether flashy or humble. Keep your lamp trimmed and burning.

I hope you get more responses. This is mine for now.

One thought on “Keep Your Lamp Trimmed and Burning: A Dialog”