So the plan is to walk the Camino de Santiago. This Christian pilgrimage route in northern Spain has been trod since the 9th century. It honors the apostle James, according to legend buried in Spain. More legend involves James in the Christian effort to evict the Moors from Spain in a battle in 844 that didn’t actually happen. Nonetheless St. James managed to become the patron of Spain and gained the sobriquet Santiago Matamoros: the Moor killer. This historical context of conquest and killing for religion’s sake will be something to reflect on as I walk the route. History cannot be ignored, but it need not be a mire in which to get stuck. 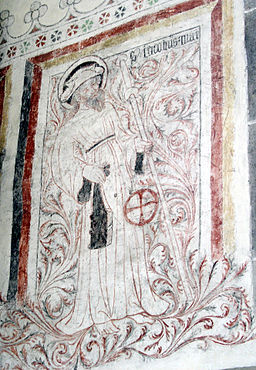 Why am I doing this? It seemed like a good idea when my husband said he planned to do it. I happen to like Spain, having visited Barcelona. I like walking with my husband; it is one of our chief shared joys. And when I inquired, I discovered I could get academic credit from my seminary. It added up to a number of reasons to take a long walk.

I see preparation in two ways: spiritual and physical. I’ve started the conditioning, walking with a weighted backpack. My husband has already procured various waterproof sacks into which things one wants to keep dry are to be stuffed. I am wearing my old hiking boots right now, hoping they will suffice. I don’t think medieval pilgrims went out and bought new gear for the journey.

I have begun looking forward to something that has heretofore inspired mostly anxiety. I write to train my thoughts to go in this direction, instead of idling in the shadows. The spiritual preparation is harder and therefore easier to ignore. But at both levels, I have to figure out what I need to carry and what I should leave behind.

One thought on “Getting ready. Part One.”